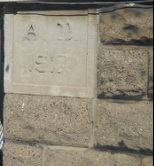 Majakka Hall is a former Finnish Temperance Hall, currently home to the DeKalb Area Women’s Center in DeKalb, Illinois. Finnish immigrants laid the cornerstone for the building in 1917 and the building was completed and dedicated in 1918.
The building was used as a space for the Majakka Temperance Society and their related activities, such as meetings, plays, dances, musical performances and gymnastics. The Temperance society also sponsored a lending library in the balcony of the Hall and in the basement, a cafeteria for workers from the nearby factories. 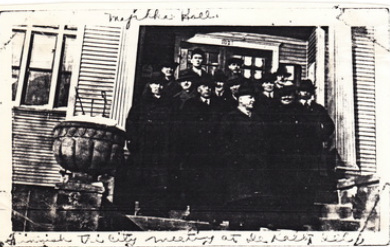 Organized as early as 1901, the Majakka (Lighthouse) Temperance Society played an important role in nation-wide Finnish Temperance activities. A 'Peace Meeting' between Temperance factions met in DeKalb in 1908. Many state-wide events were held at the building. The photo on the left is of a meeting with state-wide representatives standing on the Majakka Hall front porch steps. Due to the historic significance of the building and the contribution of the Finns to the City of DeKalb, in 2013 the bid for local landmark status was approved by the DeKalb City Council.

The Preservation project & the Temperance HaLL 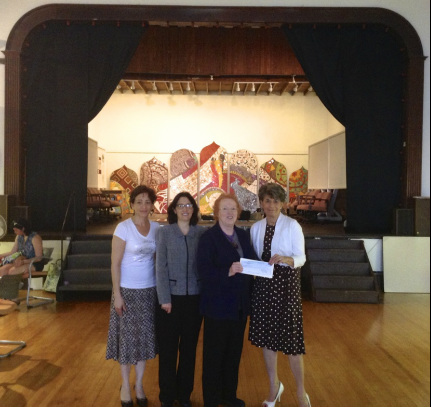 In 2014 we received financial assistance from several organizations and individuals allowing preservation of the Majakka Hall to begin. The project to preserve this Finnish Temperance Hall will be accomplished in several phases. The first and second phases were for stabilization of the building with a focus on repairing and preventing water damage to the structure. Phases following this will include window restoration, painting and interior restoration work. To learn more visit the Restoration Details section of the website.
This photo on the right features the magnificent Majakka Hall stage. In front of the stage from right to left, Micki Chulick of DeKalb County Community Foundation presents a check to Anna Marie Coveny, Director of DeKalb Area Women’s Center. Diane Rodgers, NIU Associate Professor of Sociology and Lucy Sosa, NIU Sociology graduate student look on. Please click on Updates page above to see the continued progress!


Kiitos!! (thanks in Finnish)